Behavior problems and excessive use of gadgets - cause or effect?

Or: which came first, the chicken or the egg? 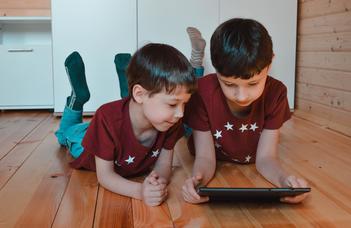 It's not the mobile that makes children hyperactive, but the other way round: a fidgety child will use a mobile phone more - according to the latest research from the Alpha Generation Lab at the Department of Ethology at Eötvös Loránd University (ELTE).

Several studies suggest that early and excessive TV viewing can lead to later attention problems and hyperactivity. The reverse is also true: fidgety, restless children are more likely to use digital devices, and parents are also more likely to engage their children with gadgets. To maintain their alertness level, hyperactive children need constant stimulation which is provided in the fast-paced, colorful stimuli of videogames and movies.

The relationship between digital devices and hyperactivity/attention deficit is therefore a two-way street, with bidirectional effects influencing one another.

Its similar with social problems: shy children or those with poor social skills tend to overuse gadgets, such as playing video games or watching TV. The virtual world can be an escape from the social world that they find difficult to understand or experience. But digital media use in solitude increases their isolation even more. In early years, peer relationships are important to develop healthy social skills, which can be replaced by solitary digital media use.

Thus, social problems and digital media use also seem to have a back-and-forth impact.

Until now, almost only the link between the use of older media - mainly TV viewing - and the development of behavioral problems has been studied. However, children today are using more modern devices (such as tablets and mobile phones) at an increasingly younger age. 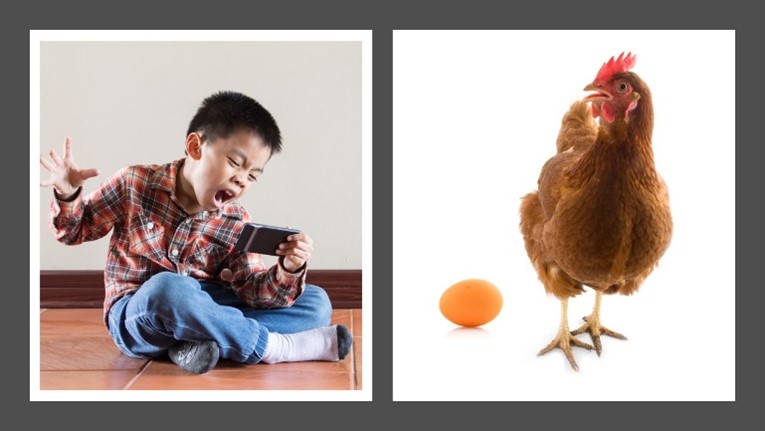 In particular, few studies have followed up children's use of mobile devices and the development of behavioral problems over time. But such studies are very important because they can tell us which came first: the chicken or the egg - the behavioral problem or the mobile phone use.

"We found that the level of hyperactivity and attention deficit in preschool predicted the amount of mobile use in school, meaning that the more fidgety and distracted a child is in preschool, the more gadgetry they use in early school. This can be explained by the fact that parents are more likely to use digital devices to distract or engage these children, and the children themselves are more likely to seek stimulating, intense content," said Veronika Konok, head of the research team at the Alpha Generation Lab, Department of Ethology, ELTE.

However, the amount of mobile phone use during preschool did not predict the extent of hyperactivity and attention deficit during early school years. "We can conclude that mobile use in early childhood does not lead to hyperactivity/attention deficit, unlike, for example, watching TV. But we need to interpret this result carefully, as the lack of correlation could be due to, for example, the low number of participants, with only 100 parents completing the questionnaire for the second time, or other factors. We do not recommend anyone to allow unlimited mobile phone use for their pre-school children based on the results of this research," added Rebeka Szőke, PhD student at the Alpha Generation Lab, Department of Ethology, ELTE.

Another reason for the lack of correlation could be that mobile apps for preschoolers are often developmental and less over-stimulating than, for example, cartoons or violent games for older children.

The researchers also found that children with social problems use mobile phones more, but this is only true at schoolyear age. They did not find causal relationship, i.e. whether early mobile use leads to later social problems or vice versa. The question of cause and effect is therefore unclear, and it is likely that there is a two-way relationship: neither the chicken nor the egg came first...

The research was supported by the New National Excellence Programme of the Ministry of Human Capacities (ÚNKP-21-5), the Bolyai János Research Grant of the Hungarian Academy of Sciences and the National Research, Development and Innovation Office (OTKA K 124458, PD 134984).