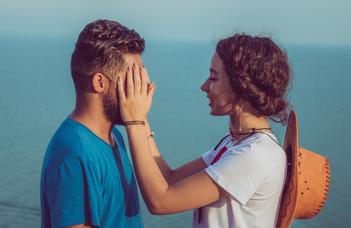 Touch plays an important role in social behavior. A kind gesture, a hug, a pat on the back strengthens our social relations. But what happens in our brain as a result of touch? In their latest study, published in the scientific journal Current Biology, the researchers of the Institute of Biology at the Faculty of Science at Eötvös Loránd University described the role of a novel neural pathway in the brain. Nature has also highlighted these results.

Social behavior requires complex sensory inputs involving several senses, e.g. touch, sight, hearing, smell. Psychologists, but also instinctively the everyday person, know the importance of touch, for example, the calming effect of the hugs and caresses of our loved ones and friends.

The physical contact of touch is also important in social relations, just think of the grooming behavior of monkeys, or an appreciative pat on the back.

Neurobiologists have already identified that the information acquired through touch is relayed in the thalamus of ​​the brain and becomes conscious in the cerebral cortex, but at the same time, it has been suggested that

the brain learns about the stimuli coming from our peers in another way, since the pleasant feeling appears even without awareness.